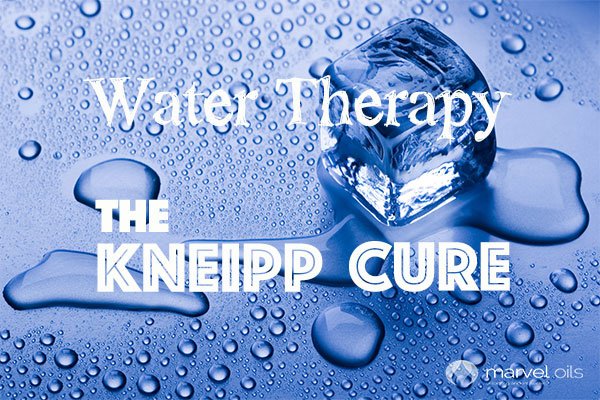 Ever heard of the Kneipp Kur? Me neither, well not until recently. Sebastian Kneipp was a Bavarian priest who cured himself of tuberculosis in the 19th century, at a time when the disease was almost always fatal. At age 28 he ran naked and wheezing into the icy Danube. He stayed in for a few seconds then hurriedly dressed and ran home.

The results were astonishing. He felt stronger and more alive, so three days later repeated the experiment and a few times a week thereafter. The effect of brief ice bathing followed by intense physical exercise bolstered his immune system to such an extent that the tuberculosis went into remission and the Kneipp Cure was born.

Kneipp developed a system of healing around plants, nutrition, exercise, balance, and of course, water. He is considered by many to be the father of naturopathy and his methods are widely used in spas all over Europe.

Here is a classic Kneipp treatment:

This is best performed in the middle of the day when your hands and arms are warm. It stimulates the circulation, relieves fatigue and strengthens the immune system. It is also good for gently toning the cardiovascular system and for the muscles of the hand and arms and for elbow pain.

Take some nice deep breaths and immerse both arms up to the middle of the upper arms.

Continue breathing evenly and leave arms submerged until you experience an obvious cold sensation, which only takes about 30 seconds.

Remove arms and dry off gently.

Either cover arms with clothing or move them around to warm them up.